Volkswagen AG is internationally known as the Volkswagen Group and is one of the leading manufacturers of automobiles and commercial vehicles in the world. The company operates in four segments: passenger cars, commercial vehicles, power engineering, and financial services. The group operates 117 production plants in 20 European countries and a further 10 countries in the Americas, Asia, and Africa. The Volkswagen Group sells its vehicles in 153 countries, and its brands include It provides its products Volkswagen Passenger Cars, Audi, ŠKODA, SEAT, Bentley, Porsche, Volkswagen Commercial Vehicles, Scania, MAN, Lamborghini, Ducati, Bugatti, MOIA, and TRATON. With its brands, Volkswagen has a robust presence in all relevant markets around the world. The passenger cars segment develops vehicles and engines and produces and sells passenger cars and related parts. The commercial vehicles segment develops, produces, and sells light commercial vehicles, trucks, and buses; and offers parts and related services. The power engineering segment develops, produces, and sells large-bore diesel engines, turbo compressors, industrial turbines, and chemical reactor systems, as well as gear units, propulsion components, and testing systems. The financial services segment provides dealer and customer financing, leasing, banking and insurance, fleet management, and mobility services. The company also offers motorcycles and turbomachinery.

Volkswagen AG operates as a subsidiary of Porsche Automobil Holding SE, which holds a stake of 53.1% of the ordinary shares. The company offers spare parts, sub-assemblies, and other technical products. Porsche SE consults and provides technical assistance services for the development and manufacturing of vehicles, engines, and other related technical and economic activities. 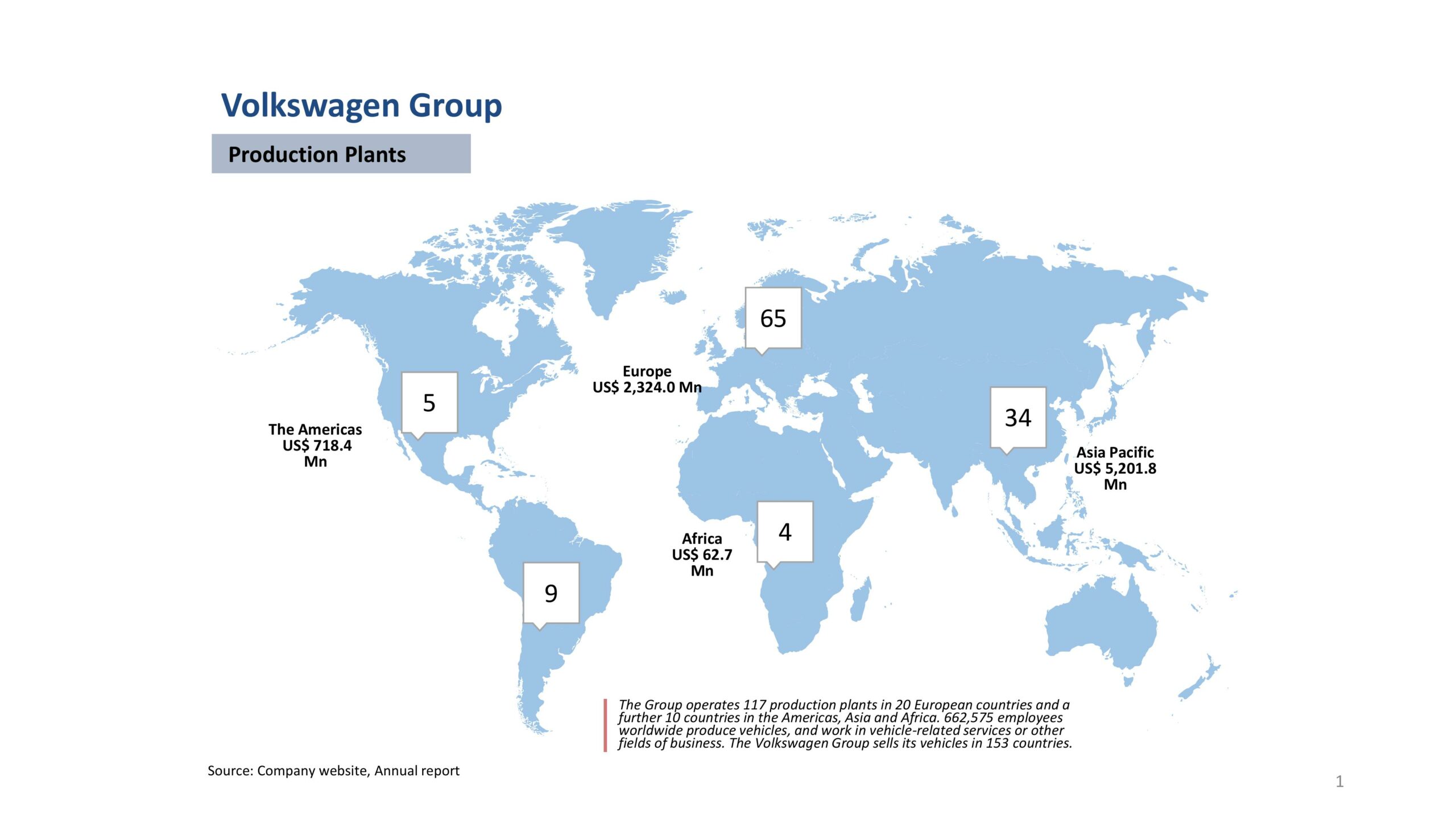 Volkswagen AG acquired Auto Union GmbH from Daimler-Benz, which produces Audi vehicles. The four rings that comprise the Audi logo represent the four car companies: Audi, DKW, Horch, and Wanderer that banded together to create Audi’s predecessor. From the A3 sedan to the Q5 crossover SUV and the TT roadster, Audi is a popular luxury car brand across the globe.

The company is wholly owned by Audi AG (acquired in 1998) and produces a less number (3,000) niche vehicles each year.

Scania AB is a 125-year-old company headquartered in Sweden, which operates production facilities in 14 countries. It was acquired by Volkswagen in 2008.

It has been a part of the Volkswagen Group since 1991.

Is a wholly-owned subsidiary of Lamborghini, and has been part of the Volkswagen Group since 2012. The company designs and markets motorcycles, racing motorcycles, spare parts, accessories, and apparel, including suits, jackets, gloves, helmets, boots, protective garments, T-shirts, caps, and other items. It produces around 57,000 motorcycles each year.

Bentley is headquartered in Crewe, England, and has been part of the Volkswagen Group since 1998. They invested a total of US$ 2 Billion in Bentley to keep the luxury brand relevant and top-of-mind with wealthy patrons.

Volkswagen Commercial Vehicles (VWCV) has delivered 215,000 vehicles of the Caddy, Transporter, Amarok, and Crafter series to customers all over the world till May 2019.

SEAT is a 60-year-old Spanish automaker acquired by Volkswagen in 1986. The company develops its own cars in-house, has been producing over 500,000 units a year, and sold around 20 Million cars to date.

The company is a part of Volkswagen Group since 1991. ŠKODA delivered 104,900 vehicles to customers worldwide in May 2019, and this represents a decline of 6.6% as compared to the previous year (May 2018: 112,400 vehicles). ŠKODA produces over one million vehicles per year and is present in over 100 markets worldwide. Like Volkswagen, Škoda Auto specializes in selling family-friendly sedans and compact cars.

Volkswagen is Investing in the Future: