Google Statistics: Google LLC was founded by Mr. Sergey Brin and Mr. Larry Page in 1998 and was a privately held company. Later on 19 August 2004, an initial public offering (IPO) was held in which the first sale of stock was issued by a company to the public and registered on the stock market. The company went public at US$ 85 per share and offered nearly 19,606,052 shares. These shares were mainly sold through the format of an online auction by using a system developed by Morgan Stanley & Credit Suisse. The sale of US$ 1.67 billion offered Google LLC a capitalization of over US$ 23 billion, which increased to US$ 397 billion by January 2014.

This IPO event proved to be beneficial to many Google Employees as a majority of shares of approximately 271 million were under the control of the company, and several employees of Google LLC became paper millionaires, instantly. Moreover – Yahoo! – a web service provider and a competitor of Google LLC benefitted as it owned Google LLC company’s 8.4 Mn shares prior to the IPO event held.

In 2015, American multinational company Alphabet, Inc. was formed as the parent company of Google LLC, and other companies that were previously owned by Google LLC. In addition, Google LLC was reorganized as a subsidiary of Alphabet Inc. on October 2, 2015. Alphabet’s portfolio incorporates several industries, including life sciences, technology, investment capital, and research. Some of its subsidiaries include GV, CapitalG, Google, Google Fiber, Verily Chronicle, Waymo, Loon Calico, and X. Alphabet, Inc. is known as a collection of various companies, out of which the largest business segment is Google LLC in terms of revenue.

Google LLC is a leading US-based multinational Internet company, which offers digital products and services including software, hardware components, cloud computing, advertising technologies, and online search. In October 2019, Google LLC was ranked first amongst the most visited multi-platform web in the US with nearly 259 Mn of visitors in the same year. In 2019, the parent company – Alphabet Inc. – registered revenue of US$ 160,743 Mn.

The Parent company, Alphabet, Inc., operates through two key business segments namely: Google and Other Bets. Through its Google business segment, the company offers main products such as Android, Chrome, Ads, Google Cloud, Google Maps, Commerce, Hardware, Search, Google Play, and YouTube. Through its Other Bets – the company offers a mixture of several operating segments and businesses such as Access, CapitalG, Calico, Verily, Waymo, GV, Nest, and X. In addition, revenues from the other bets are primarily generated through the sales of Nest products and services, sales of Internet and TV services via Fiber, and licensing and R&D services via Verily.

Facebook was the top leading social networking site with approximately 2400 million monthly active users in January 2019. Google+ had approximately 395 million monthly active users up to January 2019. Due to data breaches and user data leaks or spam comments and millions of spam links in Google+ google decide to close the Google+ Service by 2nd April 2019.

Google LLC Offers a Wide Range of Products and Services for Various Applications: 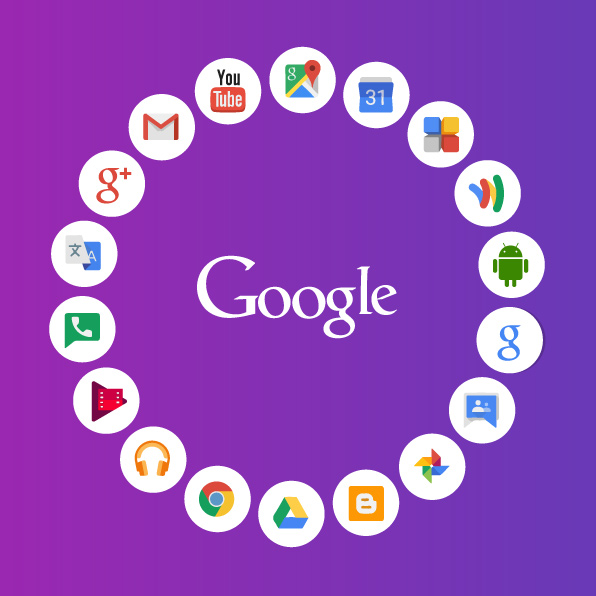 Launches and Highlights in 2019